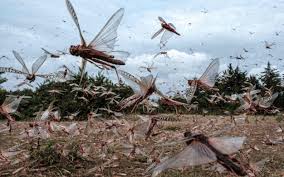 When is the plague of locust due? asked, Bank of England Governor, Andrew Bailey, as he issued warnings over a string of economic shocks to the economy while addressing the annual conference of the Society of Professional Economists.

But why was the Bank of England and indeed, many Central Banks caught out by the lack of bounce back from the pandemic?

The Window of Opportunity is Closing

In May 2021, in a blog “The Window of Opportunity is Closing” I argued that the pandemic bounce back many were expecting would not happen once lockdowns had ended.

Data indicated expenditure was booming during the lockdown.  Incentives brought in by various countries saw people encouraged to stay home, work from home and change their way of life.  This was supported with grants which promptly went on creating at home work spaces, home decorating and even property investing. Property support trades such as plumbers, electricians and fitters were so overwhelmed with demand for work they were able to ask astronomical prices for every day jobs.  One lady reporting a quote of €1700 to paint a door.

The boom expected at the end of the lockdown was already taking place during the lockdown.

How was this missed by some many professional economists?

Are You Ready for the Financial Crash?

August 2021, I released a webinar video “Are You Ready for the Financial Crash” looking at the history of the 1918-1921 Pandemic.  The impact it had on world economies.  The differences between the current Pandemic and 1918 – 1921 one.

It was the end of WW1, people had little money and when the pandemic hit, what little resources they had went on food and keeping a roof over their heads.  The psychology was different as people were still at a low ebb following years of war. Once the pandemic was over, they were jubilant, money held in reserve during the war and pandemic could now be spent.  The roaring twenties came into full swing.

The key differences are people didn’t spend during the 1918-1921 pandemic they waited until they were certain there were jobs and opportunities.

History Tells Us a Lot about the Future

In another blog in August, History Tells Us a Lot about the Future, I discussed how looking at the comparisons of the current economic situation and similar incidents from last century could give an indication of where the world economy is heading in the near future.

This blog identifies the route to the Great Depression of 1929-1947 a route that is all too clearly being followed blindly by many governments around the world as the world is balanced on a knife edge towards economic disaster.

The food and fuel shortages are a repeat of similar incidents in 1973-1974 which saw countries reduce work weeks, ban travel and reduce heating within homes as the first oil crisis intensified.  Although, the threat is not from the Arab countries this time but rather from Russia and China.  Oil/Gas shortages and higher prices have seen many energy firms go under and households already feeling the strain on the purse strings.  This will likely intensify during the winter months.

To combat the 1973-1974 crisis many Central Banks reduced interest rates to encourage spending and were caught off guard when this triggered stagflation.  Stagflation is slow economic growth, high unemployment and rising prices.  It is often difficult for governments to counter this economic challenge.  Increasing government spending being the normal route to reduce the economic effect.

As winter dawns and there is more demand for heating and lighting and low energy supplies will governments be focus on their citizens needs or inflation?

Central Banks and Governments have an arsenal of economic tools they can use to bring balance back to the economy.  So many countires, though, have been caught off guard that they are in effect shutting the stable gate after the horse has bolted.

Instead of being proactive to prevent many of the current economic situations from occurring, they are adopting a wait and see or reactive stance.

Andrew Bailey, BOE, said that all members of the UK Monetary Policy Committee are willing to put up interest rates to try and reduce inflation which is expected to hit 4%. They are happy to do that almost immediately.

The US Fed has said they don’t care about inflation for 2021 as the US Government plans another $3.5 trillion spend currently awaiting Congress approval.

Who will come out best?

What can You Do?

There are 4 key categories for investing Business, Property, Digital and Precious Metals.  Investment strategies for each category depends upon the current economic situation.

I am not offering financial advice merely stating what is happing now in the markets and what could be potential future opportunities.  Everyone should take independent financial advice or learn about investing for themselves.  The Zero to Millionaire Training Course is now available as an online course at

Business – the key strategy here is to create side hustles.  These offer more flexibility with lower overheads and tend to remain more robust than traditional business models in difficult times. Property – the market is in a bubble reaching all time highs.  These could easily burst at any time.  The key to investing is to buy low and sell high waiting for the bubble to burst and taking advantage of the opportunities available.

Digital – covers shares, bonds and crypto currencies.  All are at varying levels on the investment cycle.  Monthly Dividend Shares offer the best opportunities in an over inflated share market unless you are an experienced trader.

Precious Metals – is the most undervalued investment and offers the best opportunities on the buy low sell high strategy.

The more you can educate yourself the better you will be able to withstand the economic difficulties ahead.

Andrew Bailey in his address to the Society of Professional Economists talked about crisis after crisis and asked “when is the plague of locust due?” referring to the biblical disasters.

The internet now offers access to more historical information about past events so lessons can be learnt.

There is the opportunity to learn, become educated and better prepared for what is likely to be the worst economic crisis the world has ever seen.

It is no longer a matter of if or when this will affect us.  It is already happening.  The locusts are well and truly on the way.