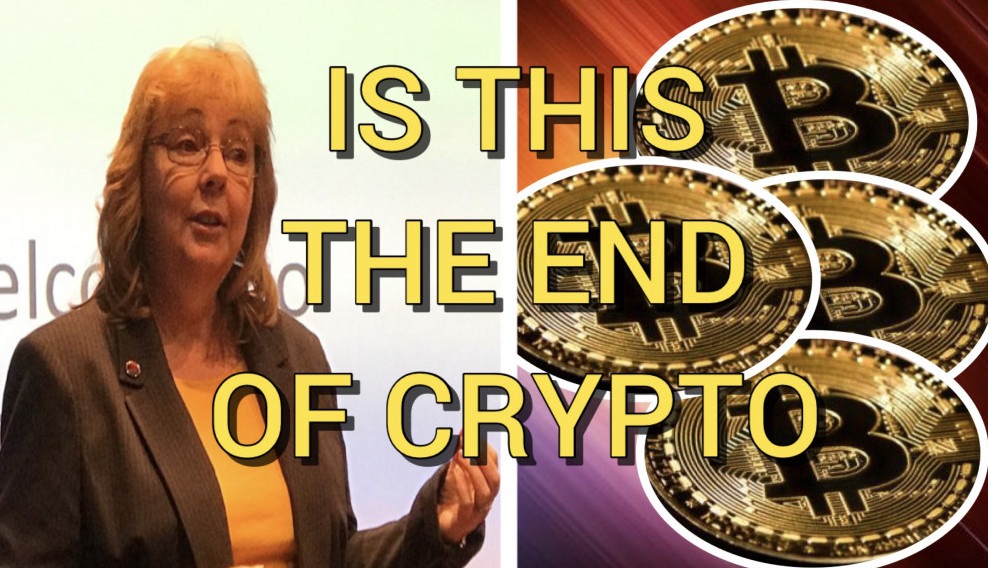 China bans crypto for the umpteenth time but is it just another toothless threat or are things different this time?

People have short memories and few remember back to the 2008 Credit Crunch, when the Western World was bankrupt.  Businesses were tumbling like dominoes and disappearing from the high street, banks had to be rescued and the buzz word became austerity. But history tells us a lot about the future.

One asset-based country rich with cash came to the rescue.  China, pumped trillions of dollars into many countries to keep their currencies afloat and economies working.

Fast forward 13 years, once again the world economies are balanced on a knife edge, tilting towards depression and China finds itself in a different situation.  No longer an asset backed cash rich economy it has joined the loathed capitalistic echelons and become a debt-based economy struggling to contain spiralling debt and inflation. The first sign that China was prepared to take a sterner stance was in 2020 when Jack Ma, founder of Alibaba disappeared.  It was then revealed that his business empire was subject investigation by Beijing.  A planned $37 billion IPO for his payment system, Alipay was cancelled.

When Ma reappeared 3 months later, on a video recording, he appeared to take a Chinese government stance toeing Xi Jinping’s line about distributing wealth.  Yet also challenged other aspects of Chinese policy.

Following the video release, his negative stance on some policies, Ma next became subject to an antitrust investigation, found guilty and heavily fined.  His business empire was split and Chinese approved delegates added to the board of directors for each of the different companies.

Belt and Road Project was a Chinese initiative supposedly bring wealth to Asian and Eastern European Countries.  Under the terms, countries were given loans for the infrastructure projects which connected with the Belt and Road project.

The lockdowns from the pandemic hurt many economies, countries on the Belt and Road Project were unable to make repayments and defaulted.  China’s response was to start legal action to procure the land the roads are built on as compensation.

China, aware of the current global economic situation appears to be trying to move back from being a debt based economy to an asset cash rich economy.

China has long lobbied for currencies to no longer be pegged against the US Dollar and for the Yuan to be the alternative currency.  This has been rebuked so many times and is not seen viable until government interference is manipulating its currency ceases.

So, after years of trying to obtain parity with the US and failing to do so, China went down the alternative route and issued its own digital currency YuanPay.  Many suspect, using the systems developed by Jack Ma.

For a long time, China did not want Fiat Currency leaving China so they made it extremely difficult to send money abroad.

Top businesses adopted crypto currencies as a mechanism to move money outside of China.  They set up crypto mining operations, employed staff to run them and used crypto to move between countries and then exchange into fiat currencies.

On the 24th September 2021, an announcement was made that for the first time, 10 agencies in Beijing, including Central Bank, Financial, Securities and Foreign Exchange Regulators have come together to ban “illegal” use of crypto currencies. Stop mining – currently 46% of coins mined come from China – and stop trading of crypto.  In other words, use YuanPay digital and nothing else.

While the Chinese Government has made several attempts to stop crypto operating in China it is the first time, they have brought so many agencies together to clamp down on the industry or been in a position to provide an alternative coin.  Together with the actions they have taken with Alibaba and latest casualty Endgame (more on that in a future blog)

The markets reacted to the announcement with a 9% drop in Bitcoin prices.

In other countries, there are similar moves to target the crypto industry.

In January 2021, it became illegal to trade crypto in Britain unless you are a registered professional trader although platforms can still be used to buy and sell coins actual trading is no longer permitted with platforms blocking trading accounts.

One of the benefits or problems with crypto, depending on which side of the fence you sit, has been the anonymity of people holding crypto.  In August 2021, US Congress passed a law which required all crypto brokers to hold details of anyone who performs a transaction.  Add this to US Inland Revenue having a compulsory section on their tax returns where crypto must be declared.  No threat of fines if holdings are not declared rather an instant jail sentence.

New bills in Congress are limiting the value of transactions through a bank account without being reported.

Previously, there was a limit of $10,000 which could be moved around banks without having to notify authorities.  Something which was adopted by all other countries.  The new bill in front of Congress would change the limit to $600.  Bank accounts and transactions will be heavily monitored.  Crypto doesn’t provide the same accountability options.

Some countries have embraced crypto with Canada approving ETF’s using crypto as the underlying asset.  El Salvador, made Bitcoin legal currency.  Other countries such as Turkey have come out with a complete ban.  The US had declined many applications to date for an ETF with crypto as the underlying asset.  It now has 5 more applications in the pipeline with industry experts watching carefully to see the outcome.

Is this the Beginning of the End of Crypto

My feeling is that crypto is here to stay but probably not in the format we are accustomed to.

When an industry grows it goes through what is called the S curve.  This is the pattern that sees new innovations and how long it takes to become mainstream.

As with all industries, as they tend to become more mainstream, governments start to regulate the industry and look at ways to make revenue from the innovation.

Crypto has been around for 14 years and is moving along the S curve to major global adoption as a recognised asset and means of trade.  Governments will no doubt be looking at ways to license and earn.  El Salvador in making it a legal currency already have better means of monitoring it.

The steps taken by China and other countries this year is the end of crypto as we know it and the start of a whole new revolution of crypto becoming mainstream.

2 thoughts on “Is This the End for Crypto?”