This book review is about my own book which is available on amazon at  is a beginners guide to investing in the share market with some very simple strategies to get you going. 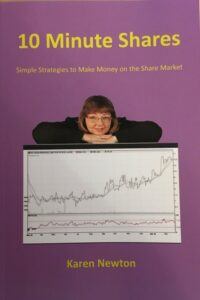 Einstein described compounding interest as the 8th wonder of the world and very few people understand how powerful it can be.  In 10 Minute Shares it forms a basis for regular investing which when dividends are reinvested makes it possible to generate incredible wealth within a 10 – 15 year time span.

Starting with an investment of just £100 per month and every month thereafter will take just 8 months longer than the first chart to become a millionaire.

The benefit of the compounding effect shows that it is consistent investing which produces the best results.

With dividend investing the book show which are the best investment strategies to get the best returns.  Monthly dividend shares using auto invest, can produce a much higher return than the traditional one or twice a year dividend.

PCA is a beginner’s strategy producing capital growth and stands for Price Cost Averaging.  Using PCA involves buying shares at the same time each month regardless of the price.  Throughout a period of 12-18 months it produces a steady return of 5% capital growth.

Compounding the dividend yield of 8% and capital growth of 5% the investor has a growth of 13% per year.

The use of charts has long been a strategy for analysing shares and the book shows different types of charts which could be used include Line Charts; Candlestick Charts; Area Charts and OHLC Charts and when to use them.

Part of charting are the overlay tools which provide much more information on which to base a decision.  The tools covered in the book are the use of Moving Averages and RSI (Resistance and Support Indicator)

The 10 Minute Shares book offers the absolute beginner a way to start investing in shares with some simple strategies which over time using the compounding effect together with dividend investing will provide the investor with a stable investment strategy to build wealth. 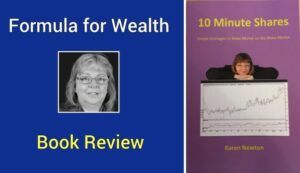